The OAPC is a state level competition with monetary awards. 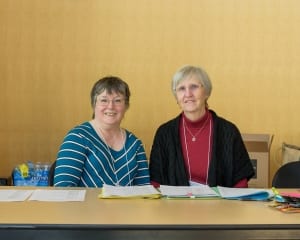 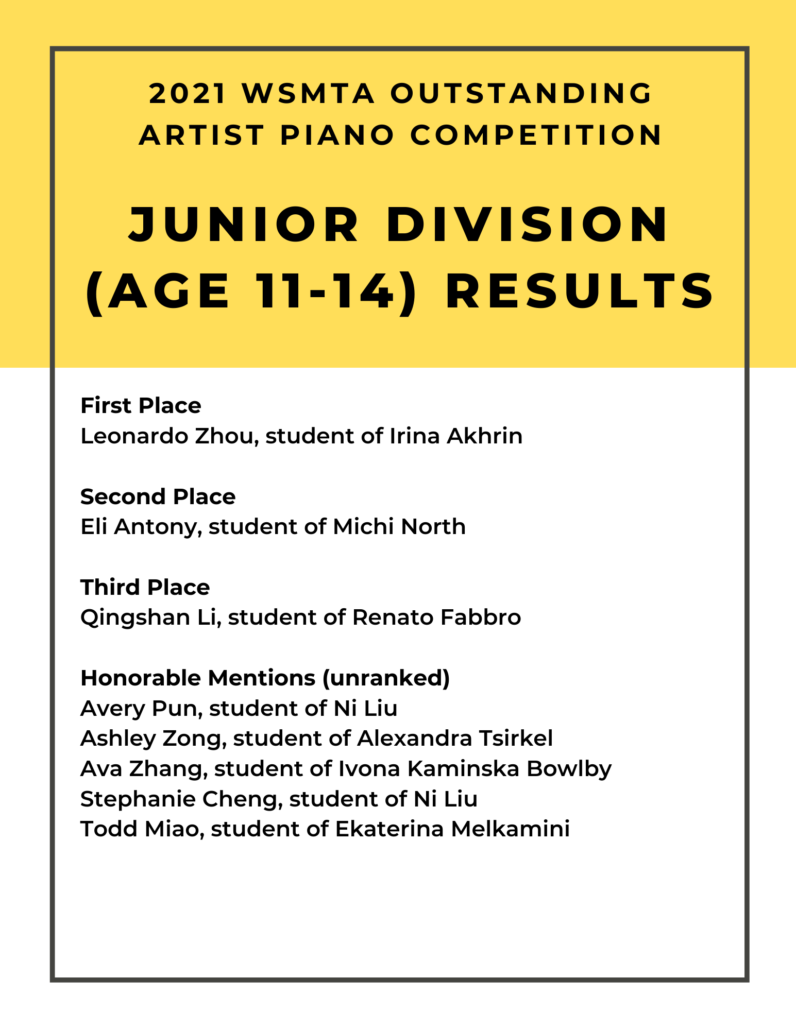 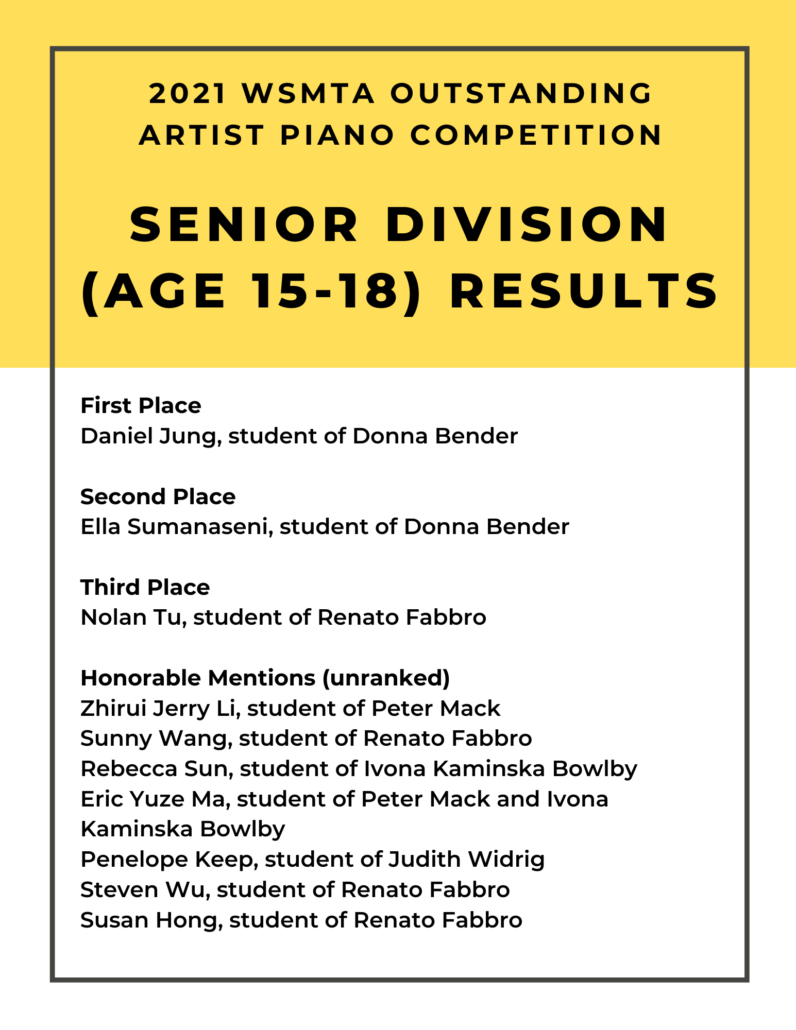 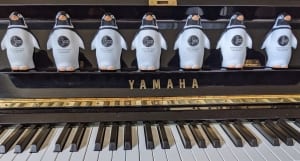 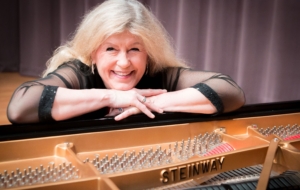 Dr. Jody Graves maintains an exciting, diverse and active performing career, and is recognized nationally as a distinguished concert artist and teacher of piano.  Her recital engagements as a solo artist and collaborative pianist take her across the United States and abroad.  In 2019 she was honored with a Distinguished Service Award from the National Conference on Keyboard Pedagogy and in October 2019 she was inducted into the Steinway Piano Teacher Hall of Fame by the Steinway Company in New York and was honored in New York City among 40 chosen from across the U.S. and Canada. She has performed concerts in Europe, Asia, South America, and the Middle East regions where she has served as a Cultural Ambassador for the U.S. State Department.  The Middle East Tours, with the Sapphire Trio, included concerts in Bahrain, Qatar, Saudi Arabia and Kuwait.

Dr. Graves is in great demand as an adjudicator for piano competitions and festivals and she has an active schedule each year as a workshop presenter for teachers.  Ms. Graves has been a presenter and Keynote Speaker at the National Conference on Keyboard Pedagogy, has been a presenter and performer at numerous State and National MTNA conferences such as the National MTNA Conference (Kansas City, Seattle, Milwaukee, San Antonio, Las Vegas, etc) and was the invited guest artist/clinician for the Utah State MTA conference in 2013, and the Idaho and Montana State MTA conferences in 2016.  Dr. Graves has served as a judge for the International Piano Competition at the Eastman School of Music in Rochester, New York, has authored articles for the American Music Teacher and Clavier magazines, and has served on the editorial board for the AMT e-journal. She currently serves as the NW Division Director and on the national board of directors for the Music Teachers National Association.

She holds a Doctorate Degree in Piano Performance and Literature from the Eastman School of Music Conservatory in Rochester, New York and is currently Professor of Piano Performance Studies and Graduate Program Director at Eastern Washington University. 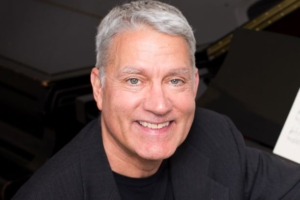 Mr. Presley has appeared as a soloist with the Spokane Symphony, the Washington-Idaho Symphony, and the Yale Symphony and has performed many concertos with the Spokane Opera Orchestra. He frequently performs two-piano and chamber music works, including recent seasons collaborating with Zuill Bailey and Connoisseur Concerts and has also appeared with Thomas Hampson and Christopher Riley in concert. He is principal keyboard player for the Spokane Symphony. He had a long career in modern dance music collaboration, worked closely for several years with Martha Graham, including playing Primitive Mysteries at her memorial service at City Center in NYC, and was a tenured member of the dance faculty at Florida State University before returning to Spokane.

He has been a member of the piano faculty at Gonzaga University since the Fall of 2001. He has had a number of successful prize-winning students who have gone on to careers in music.

He has presented numerous sessions at WSMTA conferences and district workshops around the Northwest as well as a popular session with Nancy Breth at the MTNA national conference in 2019. 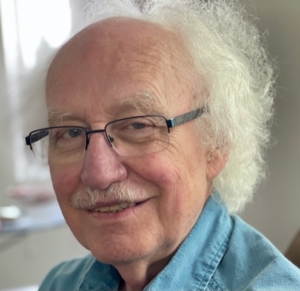 Renowned as a brilliant soloist and chamber musician, Jay Mauchley has played hundreds of recitals to critical acclaim throughout the United States and Europe including performances in the Royal Albert Hall, Carnegie Hall and the White House. He presented numerous duo-piano concerts with his late wife, Sandy, as the Mauchley Duo. They appeared several times on National Public Radio’s “Performance Today” and were presenters and featured as guest artists at MTNA Conventions, American Liszt Society Festivals, at the Smithsonian in Washington, D.C., and at the Lincoln Center in New York City. Each summer they coached and performed at the Red Lodge Music Festival and the Interlochen Center for the Arts. In all the Mauchley Duo performed together for 40 years!

Dr. Mauchley currently holds the title “Professor Emeritus of Piano” at the University of Idaho. During his tenure at the University, his students earned first place in several piano competitions, and many went on to receive advanced degrees and become successful piano teachers and performers. His students won the Idaho Division of the MTNA Piano Competition fourteen times, and several went on to win the Northwest Division.

Dr. Mauchley was awarded the Master Teacher Certificate by Music Teachers’ National Association and received the Alumni Award for Faculty Excellence at the University of Idaho. He earned his Master and Doctor of Music degrees in piano performance with “High Distinction” from Indiana University, where he studied with Professors Karen Shaw and Menahem Pressler.

As a performer, critics have praised Dr. Mauchley’s “mature artistry,”…”great range of skills,” and “obvious emotion and charm.” Among his triumphs was a performance of Rachmaninoff’s Rhapsody on the Theme of Paganini, which one critic called “a quicksilver performance…Mauchley tossed off the difficult piano part with technique to spare.” 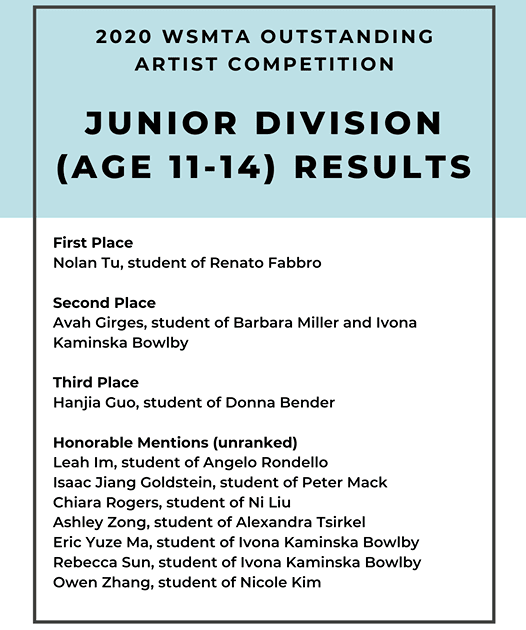 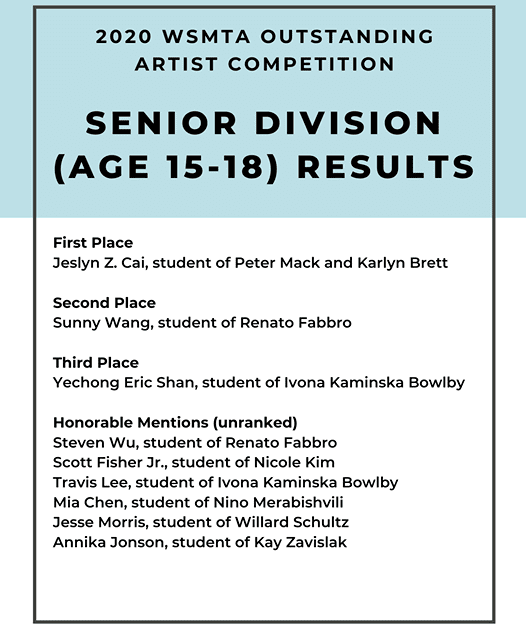 (Click on the year to view the results from past years)