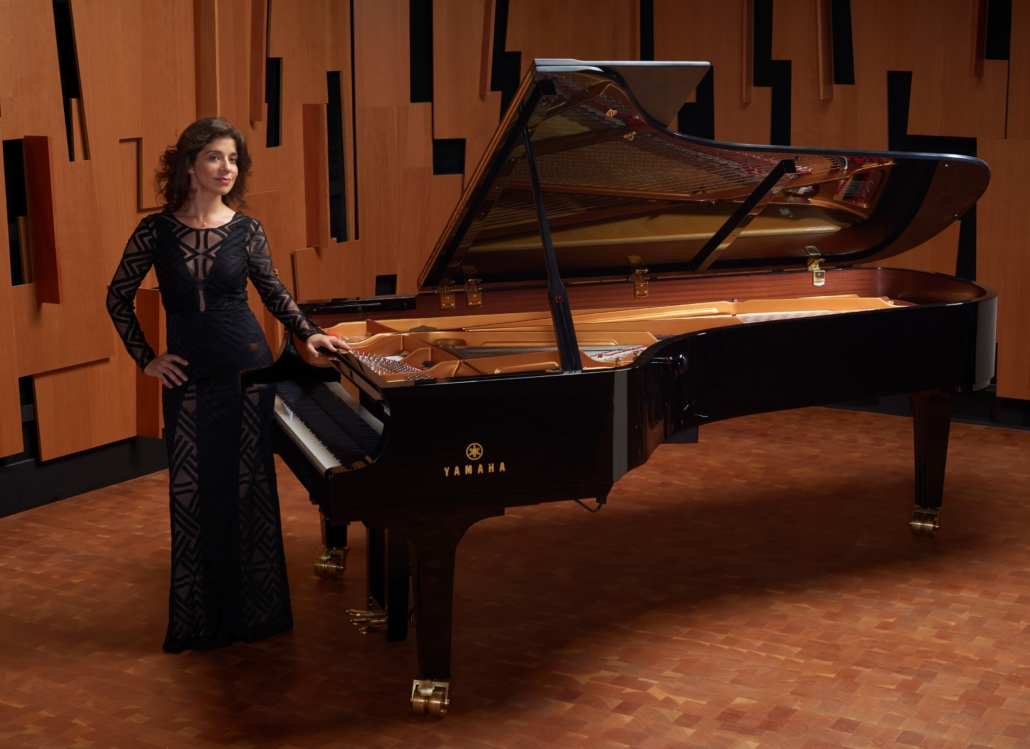 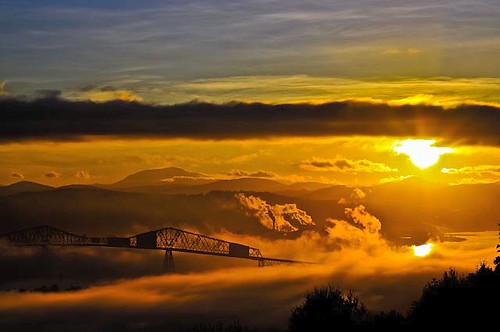 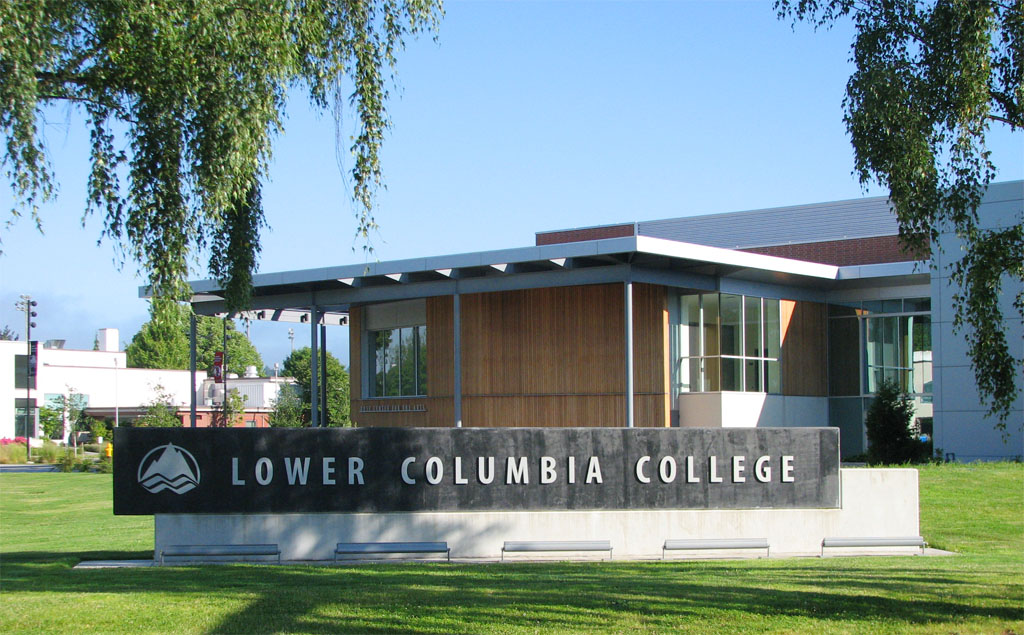 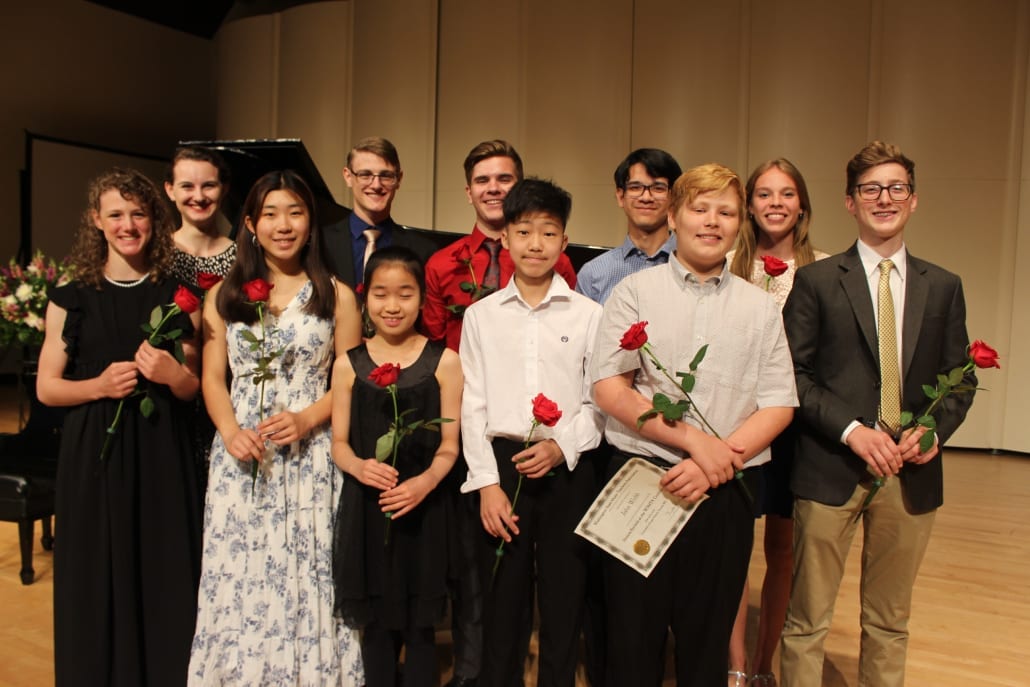 WSMTA is thrilled to gather together again after two years!

From June 23 – June 25 WSMTA members will reconnect, rekindle our passion for teaching, and recharge by the Columbia River.  Lower Columbia College will host the conference in its lovely Rose Performing Arts Center, and members will enjoy recitals and concerts in the Wollenberg Auditorium on the college’s Bosendorfer Imperial Grand Piano.

WSMTA is proud to welcome Ukrainian-born American pianist Inna Faliks as our guest artist for 2022.  Inna Faliks has established herself as one of the most exciting, committed, communicative and poetic artists of her generation.

The 2022 conference will feature more than fifteen presenters, covering everything from pedagogy to best business practices.  With three evening concerts, five student honors recitals – including a new Vocal and Instrumental recital, and the Young Composers recital, you are sure to be inspired after two years of glitchy zoom connections.  Included in the conference registration fee is a complimentary conference booklet, access to all our presentations, recitals, and concerts.

Our exhibit hall will be in the Forsberg Art Gallery and attendees will enjoy Lower Columbia’s permanent collection upstairs from the exhibitors.

To further reconnect with old colleagues and meet new ones, plan to attend our banquet at McMennamin’s a short drive away in Kalama.  Attendance is limited, so be sure to register early!

For those of you unable to attend in person, we will have a bite-size version of the conference available virtually.  The Virtual Conference includes livestreams of Inna Faliks’ presentation, masterclass, and concert. It also includes a Virtual Swag Bag, a digital copy of the conference booklet, access to the Virtual Exhibit Hall.

Just like usual, our recitals and evening concerts will be open to the public.  Friends or family who are interested in attending the Student Honors Recitals, Young Composers Recital, the Washington Winners Concert, Inna Falik’s performance, or our Chamber Music Concert will be able to purchase stand-alone tickets.

Registrations between April 1st and June 7th also include a complimentary box lunch.  If you register after June 7th, you’ll be on your own for lunch. 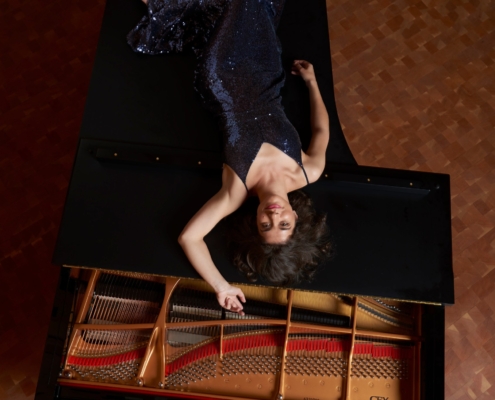 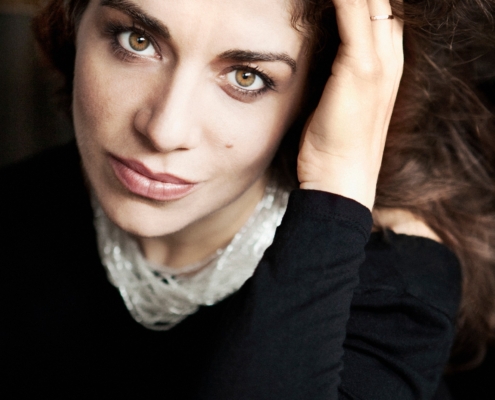 2022 Guest Artist Inna Faliks has made a name for herself through her commanding performances of standard piano repertoire,  as well genre-bending interdisciplinary projects, and inquisitive work with contemporary composers.  After her acclaimed teenage debuts at the Gilmore Festival and with the Chicago Symphony Orchestra, she has performed on many of the world’s great stages, with numerous orchestras, in solo appearances, and with conductors such as Leonard Slatkin and Keith Lockhart.  Faliks is currently Professor of Piano and Head of Piano at UCLA.  Her discography includes a recital recording for the Yamaha Disklavier label, Chopin solo and cello sonatas recording with cellist Wendy Warner;  “Polonaise-Fantasie, Story of a Pianist” for Delos – a recital of short piano works from Bach to Chopin and Carter, combined with autobiographical essays written by Faliks; and a critically acclaimed CD on MSR Classics, Sound of Verse, released in 2009, featuring music of Boris Pasternak, Rachmaninoff and Ravel.

She is regularly engaged as a concerto soloist nation-wide: recent appearances include Beethoven 4th with Minnesota Sinfonia, Peninsula Festival , where she played the 1st and 3rd Prokofiev Concerti in the same half of the program with Victor Yampolsky,  the Clara Schumann Concerto at Wintergreen Festival, and Robert Schumann Concerto with Miami Symphony. Her chamber music partnerships include work with Gilbert Kalish, Ron Leonard, Fred Sherry, Ilya Kaler, Colin Carr, Wendy Warner, Clive Greensmith, Antonio Lysy, and others.

Faliks is the founder and curator of the of the Manhattan Arts Council award winning poetry-music series Music/Words, creating performances in collaboration with distinguished poets.  Her long-standing relationship with WFMT radio has led to multiple broadcasts of Music/Words, which she had produced alongside some of the nation’s most recognized poets in performances throughout the United States. An artist known for her versatility, Faliks is equally at home with standard repertoire, rare and new music, and interdisciplinary performances.  She recently co-starred with Downton Abbey star Lesley Nicol in Admission – One Shilling, a play for pianist and actor about the life of Dame Myra Hess, the great British pianist.

Faliks is internationally in demand as an Artist Teacher, and frequently adjudicates competitions gives masterclasses and travels to Artist Residencies in major conservatories and universities around the world. In March 2019, Faliks was Artistic Director of Classical Music for YoungArts LA, programming and workshopping a program with the nation’s top young musicians and composers, as well as directing a number of panels and masterclasses. 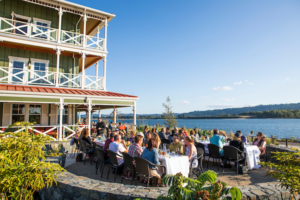 The 2022 WSMTA Banquet will be at McMenamin’s in Kalama, WA. With a lovely view overlooking the Columbia River, attendees will enjoy a buffet while reconnecting with each other. Tickets are $5o each.  Attendance is limited, so be sure to add one (or more) to your registration, and to register early!

Any WSMTA member who would like to go to conference, but is struggling financially, can apply for a conference fee grant. The member must be able to demonstrate financial need.  If you have any questions, please contact the Administrative Coordinator.

WSMTA will always make the safety of conference participants its top priority. Because the pandemic continues to upend our lives and expectations, WSMTA requires all in-person attendees to provide proof of vaccination or a negative PCR test taken within 48 hours.

WSMTA continues to abide by all State, County, and Venue health protocols to protect conference attendees, recitalists, presenters, vendors, staff, volunteers, and their families.  Currently, that means masks are recommended but not required during indoors events.  We anticipate that these guidelines will likely change (more than once!)  between now and the conference, and will clearly communicate any change in mask policy as soon as possible.

WSMTA was thrilled to present our first Virtual State Conference!

The conference featured more than twenty presenters, covering everything from pedagogy to best business practices. There were concerts, honors recitals, a virtual exhibit hall, opportunities for connecting with old colleagues, and meeting new ones.  We were particularly excited to offer several sessions geared toward high school students on Saturday, June 19th.

One advantage of our virtual conference this year is that there will be no need to choose between two stellar sessions.  You can attend them all!  Many of our presentations are already available to watch, and will remain available through September 15, 2021.

Attendees interested in refilling their artistic buckets, joined a Warm-Up Session.  Those interested in discussing the days’ events and catching up with old colleagues, carried on lively discussions on the private Facebook page, or jumped into one of the Close-It-Down Zoom rooms for fun and games.  The Facebook page is still up and open for ongoing discussion!

New this year, WSMTA offered “Meal and Mentoring” sessions; these were opportunities to eat lunch and chat with someone a little farther on in the musical and pedagogical journey.

Included in the conference registration fee is a complimentary conference booklet and swag bag and access to all our presentations, recitals, and concerts both during the conference and through September 15, 2021.

Just like usual, our evening recitals were open to the public.  Friends or family who were interested in attending the WSU Faculty Recital, the Washington Winners Recital, or the 88 Squared performance were able to purchase stand-alone tickets.  The State Honors Recitals are available to all.  Click the button below to watch! 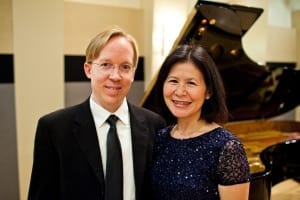 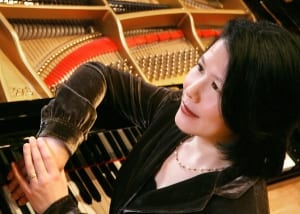 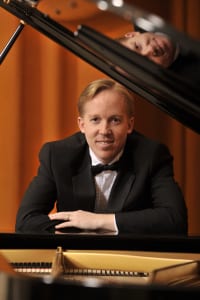 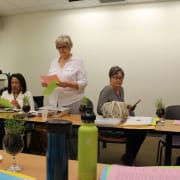 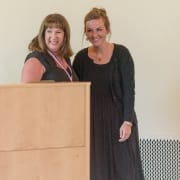