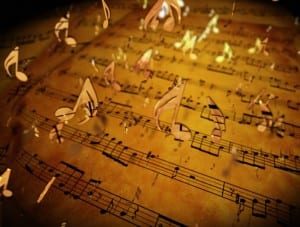 The Young Composers Project gives students of WSMTA members the opportunity to submit their original compositions for judging and comments by qualified adjudicators.

These adjudicators are college professors and/or private teachers whose area of expertise is composition.  The project provides educational feedback, a goal-setting format, and a focus on music that students love – their own compositions.  Adjudicators select a first, second and third place composition for each grade level giving written comments.  Certificates are awarded to all participants, and a small monetary prize is awarded to each first place winner (see yearly Rules and Guidelines form for details.)  First place winners are invited to perform their compositions at the WSMTA Conference each June.

Please make note of the following changes to the Young Composers’ Project for 2022-2023.

WSMTA is looking forward to another wonderful year. If you have any questions or suggestions for the YCP program, please contact chairs Frances Goei,  Susan Hurley, or Education Board Chair, Krista Seely.

If you have other questions, please contact Carrie Kahler, WSMTA Administrative Coordinator. 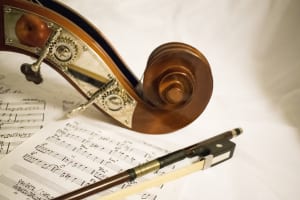 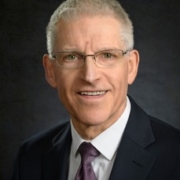 Rick Asher holds degrees in Music Education from Western Washington University and the University of Oregon, each with an emphasis in instrumental conducting and piano.  Additionally, he completed doctoral coursework in Music Education with an  emphasis in choral conducting and teacher education at the University of Washington.  He studied the Alexander Technique for thirteen years with Catherine Madden, and continues his own focus on applying that technique in his teaching and in his life.

Asher’s career includes teaching instrumental and vocal music from elementary through university levels, as well as studio instruction in piano and voice.  Following eight years of teaching elementary and high school music, he moved to Edmonds Community College, where he taught in the Music Department for twenty-four years, eventually becoming Dean of Humanities and Social Sciences.  He also served as director of Cascade Youth Symphony, the Whatcom Chorale in Bellingham, and the Sanctuary Choir of Seattle First Baptist Church.

Now retired from full-time positions, he maintains a studio of piano and voice students at his home in Shoreline and spends time most evenings writing vocal and instrumental music.

More important than all of that, he’s husband to artist and calligrapher, Jocelyn Curry Asher, Dad to Eli and Emily, and Papa to ten year old Ada. 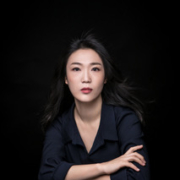 The work of composer and pianist Jiyoun Chung (b. 1982, South Korea) has received many distinctions and awards and is often performed at festivals and concerts in Asia, Europe, and the United States.  Her current compositional interests lie in encompassing various cultural influences into her works.  Her identity as a Korean immigrant allows her to bring two different cultural perspectives to her work.  However, Chung’s works are not limited to the fusion of Korean and concert music.  Other inspiration comes from various musical portraits and genres such as contemporary concert music, K-pop, jazz, musical theater, hip-hop, street music, and world traditional music.  Languages, structures, timbres, and vocabularies from different musical arts have expanded her musical palette, which speaks to a broad range of audiences.

Jiyoun Chung received her BM in Composition from Hanyang University in South Korea. She earned her MM in Composition and in Piano Performance from Illinois State University, studying with Carl Schimmel and Martha Horst. She received her DMA in composition at the University of Missouri-Kansas City, where she studied with Chen Yi, Zhou Long, and James Mobberley. Currently she is an Assistant Professor of Music at Central Washington University. 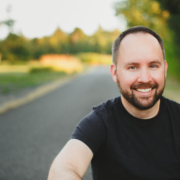 Charles Halka’s music spans the broad space between “energetic” and “crazed” (New York Times) and “haunting” and “reflective” (Houston Press). With performances and commissions from the Cabrillo Festival Orchestra led by Marin Alsop, Alarm Will Sound, Mivos Quartet, counter)induction, Callithumpian Consort, and ÓNIX Ensamble, among many others, his works have been heard internationally at venues and events such as The Kennedy Center, Carnegie Hall, The Intimacy of Creativity, ISCM World Music Days, and Foro Internacional de Música Nueva.

Recent honors include a Barlow Endowment General Commission and the Copland House Residency Award, as well as residencies at MacDowell and the M.K. Sarbievijaus Cultural Center in Kražiai, Lithuania. Further support has come from the Aaron Copland Fund for Music, the U.S. Fulbright program, and the Nevada Arts Council.  Halka earned degrees from The Peabody Conservatory and Rice University, and is Assistant Professor of Composition and Theory at Western Washington University. 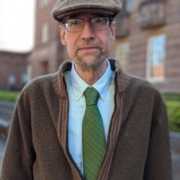 Terry McQuilkin has written works for solo piano, chamber ensembles, band, orchestra, and chorus. Several of his compositions were written specifically for student performers, and he has received commissions from school ensembles on both coasts. In 2006, the Oregon Music Teachers Association selected McQuilkin as its composer of the year and commissioned a work to be premiered at that year’s state conference. In 2016, the Delgani String Quartet commissioned him to write a work to help the ensemble inaugurate its initial subscription season; the resulting work is “Invisible Light,” which may be heard on Degani’s CD of the same name.

McQuilkin recently retired from teaching at the University of Oregon, where he taught music composition since 2002.

Born in Los Angeles, he earned undergraduate and master’s degrees in music composition at the University of Southern California, where his teachers included Morton Lauridsen, James Hopkins, Anthony Vazzana, and William Kraft. He subsequently took music education courses at UCLA and received his California teaching credential, and taught instrumental music at Robert A. Millikan Middle School in Los Angeles for about five years.

In 1990, McQuilkin began advanced study at the University of Oregon, where his teachers included Harold Owen and Robert Kyr. While a graduate student, he taught music theory, musicianship, and music literature. He has also taught music at Northwest Christian College and Umpqua Community College, and for several years directed the choir at Our Saviour’s Lutheran Church in Eugene.

Several of McQuilkin’s works and arrangements have been published by Neil A. Kjos Music, and Southern Music Company of San Antonio. 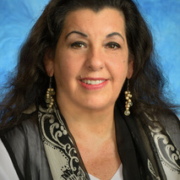 She was staff pianist at the Edmonds Unitarian Universalist Church as well as for the Cascade Symphony Orchestra for four decades, and was guest soloist with many other Seattle area ensembles. She’s been active with the CSO as both solo (Nights in the Gardens of Spain) and ensemble pianist (Carnival of the Animals) and in their chamber music series including premieres of her compositions. Keva is well known in the Northwest for her teaching, performance, and composition and was selected as the WSMTA Commissioned Composer of the year in 2010 for her octet, Evening River Echoes. Then in 2018 she was the first woman ever to win the same commission for a second time with her solo piano piece, Antarctic Odyssey. In 2019 her chapter commissioned her for their 30 year celebration, and she premiered that work, Sonatina.  She currently is staff pianist at Shoreline UU Church.

Vaughan-McMorrow is nationally certified through MTNA, and has directed many local music festivals and served as a composition and performance clinician through MTNA.  Her most recent work, “Evanescence,” a piano and percussion piece in five movements, was conceived during the 2020 pandemic.