The intent of the competition is to encourage creativity and self-expression in student musicians at all levels through the art of composing.  WSMTA winners advance to Northwest Division and possibly to the National competitions.

Registration and complete information is available by visiting the  MTNA Competitions page. 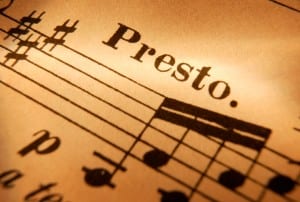 Music Teachers National Association is pleased to announce the results of the WSMTA Composition Competition. This years entrants submitted pieces that demonstrated great talent and promise, and WSMTA would like to congratulate all the students on their truly wonderful compositions! 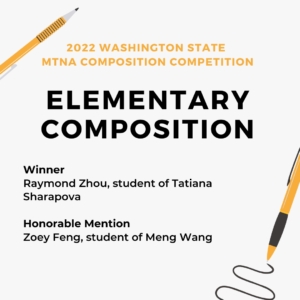 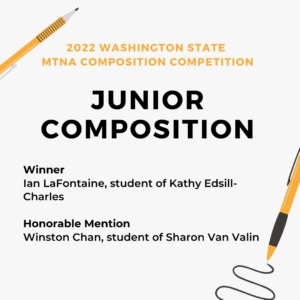 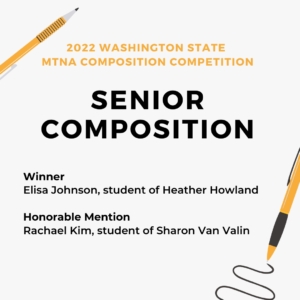 Dr. Don Goodwin is currently the director of bands at Eastern Washington University where he has taught for more than a decade. He holds a Bachelor of Music Education and a Master Degree in Composition from EWU and a Doctorate of Musical Arts in band conducting from the University of Kentucky.

He also melds his vast knowledge of music and his love of jazz with a spirit of creativity in developing the program for each Spokane Jazz Orchestra concert. He makes sure every concert has a special touch and is satisfying for fans of traditional big band jazz as well as those with a more adventurous approach to jazz. Once the guest artists for the season are selected, Don works individually with each one to craft a concert that highlights their talents and brings a new perspective to classic songs.

His performance career as a professional pianist and musical director includes extended engagements with The Bob Curnow Big Band and The Tom Molter Big Band. While in Seattle, Goodwin was a member of the popular funk/rock/jazz groups BeeCraft, Flowmotion and LaPush, with whom he toured the country. He has recorded dozens of albums with those and other professional groups.

Don’s award-winning arrangements and compositions have been performed and recorded by high schools, colleges and professional organizations around the country and his music has been published with Gary Gilroy Music Publications, Walrus Music Publishing and ejazzlines.

Terry McQuilkin has written works for solo piano, chamber ensembles, band, orchestra, and chorus. Several of his compositions were written specifically for student performers, and he has received commissions from school ensembles on both coasts. In 2006, the Oregon Music Teachers Association selected McQuilkin as its composer of the year and commissioned a work to be premiered at that year’s state conference. In 2016, the Delgani String Quartet commissioned him to write a work to help the ensemble inaugurate its initial subscription season; the resulting work is “Invisible Light,” which may be heard on Degani’s CD of the same name.
McQuilkin recently retired from teaching at the University of Oregon, where he taught music composition since 2002.

Born in Los Angeles, he earned undergraduate and master’s degrees in music
composition at the University of Southern California, where his teachers included Morton Lauridsen, James Hopkins, Anthony Vazzana, and William Kraft. He subsequently took music education courses at UCLA and received his California teaching credential, and taught instrumental music at Robert A. Millikan Middle School in Los Angeles for about five years.

In 1990 began advanced study at the University of Oregon, where his teachers included Harold Owen and Robert Kyr. While a graduate student, he taught music theory, musicianship, and music literature. He has also taught music at Northwest Christian College and Umpqua Community College, and for several years directed the choir at Our Saviour’s Lutheran Church in Eugene.

Several of McQuilkin’s works and arrangements have been published by Neil A. Kjos Music, and Southern Music Company of San Antonio.

Gregory Youtz received his B.M. in composition from the University of Washington in 1980 and his D.M.A. in composition from the University of Michigan in 1987. His principal teachers have included Leslie Bassett, William Bergsma, William Bolcom and William Albright.  He was awarded a Charles Ives Award in 1984 from the American Academy and Institute of Arts and Letters and has received annual awards from ASCAP since 1990. His Scherzo for a Bitter Moon for band won the 1984 National Bandmasters Association contest and in 1990 his Fire Works for wind ensemble won the American Bandmasters Association Ostwald Award.

In 2008, The Five Changes: Concerto for Percussion and Winds was performed at Carnegie hall by the Oregon State University Wind Ensemble, and in 2010 The Monkey King for wind ensemble was performed by the Shanghai Wind Orchestra at the 2010 Shanghai World Exposition. In 2012 his oratorio Drum Taps: Nine Poems on Themes of War was nominated for the Pulitzer Prize in music. His second opera, Fiery Jade-Cai Yan, composed to a libretto by Chinese poet Zhang Er, was performed at Pacific Lutheran University in 2016. He is currently at work on a third opera, Tacoma Method, again with a libretto by Zhang Er. He was selected as the Washington State Music teachers National Association “Composer of the Year” in both 2001 and 2016.

Music Teachers National Association is pleased to announce the results of the composition competition for the National Level.

Music Teachers National Association is pleased to announce the results of the composition competition for the Northwest Division.

Congratulations to all of the participants in the competition!

We hope that the comments you receive from the judges will be helpful to you and your teacher. Your efforts are to be commended, and we hope that you will continue to learn and grow as a composer. Good luck with your musical studies!

Washington State Music Teachers Association is pleased to announce the results of the composition competition for the State Division.

Congratulations to all of the participants in the competition!

We hope that the comments you receive from the judges will be helpful to you and your teacher. Your efforts are to be commended, and we hope that you will continue to learn and grow as a composer. Good luck with your musical studies!

This year, the judges were:

The winning compositions advance to the Northwest Division competition. The results of that competition will be announced by the end of January.