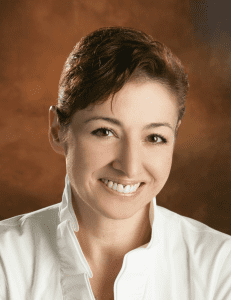 Building on last year’s conference presentation, Dr. Balabanova will share many videos of her current students’ performances as demonstrations of “problems,” and will share tips on why and how we teach the repertoire from Romantic and Contemporary style periods. For each video, Dr Balabanova will share how to fix the problems and add artistic touches. The presentation will highlight proven methods for efficient practice and creating memorable performances for all levels of students from beginner to advanced. The music of Brahms seems so close to us in time and so familiar that we assume the performance traditions passed along to us by recent recorded and live performances are pretty much the way Brahms played his own music.  Not true!  Evidence from early recordings (by Brahms, members of his circle, and students of Clara Schumann), letters, and memoirs reveal a range of performance styles, all quite alien from what you hear today on recordings and in concert halls. 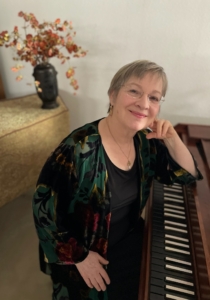 This presentation will focus on the following issues in Mozart performance (and in classical period music generally):
1) Musical Affects and Topics
2) Articulation and Accentuation
3) Dynamics and other expressive devices
4) Embellishment

Districts I & II are presenting a conference that brings us back together again in person, and will be offering a streaming option for those unable to make the trip! 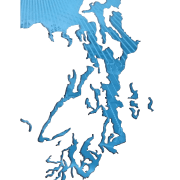 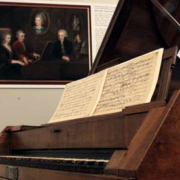 9AM
Meet and Greet

Districts I and II are thrilled that the 2022 Hybrid District Conference features not one, not two, but three phenomenal presenters on October 8th.  In addition to their valuable pedagogical lectures, each presenter will also provide a live Q&A session.

It will be a great time of learning and connecting as we press forward to better ourselves and our students.

Districts I and II welcome all WSMTA members and extend that welcome to colleagues in Idaho and Oregon, and ask them to join us for this exciting hybrid conference at member rates.

Yelena Balabanova has performed as a soloist, accompanist, and chamber musician in many festivals and concert series, including Steinway Hall in New-York City, a four-year tenure at Colorado Music Fest, collaboration with the DaVinci and Veronica string quartets, and concert tours across the United States, Russia and Europe.

A native of the Moscow region of Russia, Yelena Balabanova began her musical training at the age of four, received her first college piano performance degree at the age of 19 in Moscow, and was awarded the Doctor of Musical Arts degree from the University of Colorado. A teacher with 28 years of experience, Yelena loves to share her passion for piano with her community and students of all ages through teaching at the International Conservatory Studio, presenting workshops and clinics, coaching and creating performance opportunities for other musicians, and serving as a WSMTA Chairman for the Arts Awareness and Advocacy. Dr. Balabanova and her students were recognized with numerous national and international awards, including National Recognition Certificate from the National Foundation for Advancement in the Arts. 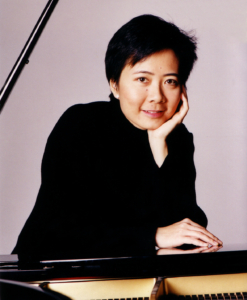 The New York Concert Review described Susan Chan as “a thoughtful musician and a sensitive player.” She performs as soloist and chamber musician, teaches and presents in conferences internationally. She has given recitals at Weill Recital Hall in Carnegie Hall and on the Seattle International Piano Festival Recital Series. She received a “Special Citation for Championing Piano Music by Asian Composers” in the American Prize competition, and was awarded an Oregon Arts Commission Artist Fellowship. Her critically acclaimed CD discography includes Echoes of China: Contemporary Piano Music released by Naxos.

In 2019 she presented at the MTNA National Conference. In addition she has presented at conferences of CMS (College Music Society), EPTA (European Piano Teachers Association), WPC (World Piano Conference) as well as MTAC (Music Teachers’ Association of California). She holds a Doctor of Music degree from Indiana University and serves as Professor of Music and Piano Area Coordinator at Portland State University. Susan Chan is a Si-Yo Artist™. Feel free to visit her homepage at susanchanpiano.com. 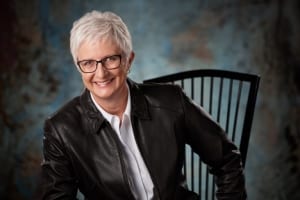 Deborah Rambo Sinn’s diverse career has taken her around the world. She has given concerts and masterclasses on four continents and has taught students from more than 14 different countries. She lived in Hamburg Germany for five years where she played concerts and musicals and operated two music studios for coaching and private instruction.

She holds a doctorate from Indiana University, where she studied with Menahem Pressler (Beaux Arts Trio). Before moving to Germany, she served on the music faculty of Angelo State University in Texas and taught one semester at Universität Lüneburg (Germany) as an exchange professor.

She teaches piano, piano classes, and entrepreneurial courses at Gonzaga University in Spokane. She has presented at MTNA national, at numerous state conferences, and at the National Keyboard Pedagogy Conference.

Dr. Sinn is the author of Playing Beyond the Notes: A Pianist’s Guide to Musical Interpretation, published by Oxford University Press in 2013. Her latest book, Pocket Piano Proficiency: an eBook for your phone or tablet presents teaching piano skills in an innovative new way. It available for download at musica-ferrum.com

Feel free to visit her homepage at www.DeborahRamboSinn.com 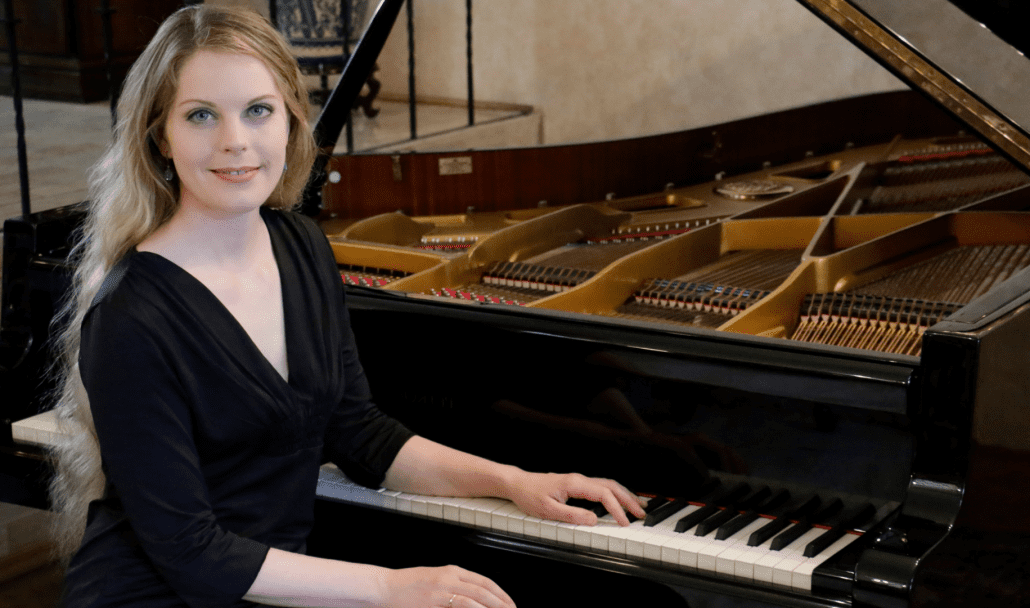 In demand as a solo and collaborative artist as well as an adjudicator and presenter, Dr. Lark Powers has performed at such venues as Philadelphia’s Kimmel Center, the 92nd Street Y in New York City and at the Library of Congress in Washington, D.C. Internationally she has been heard in Europe, Mexico and Canada, including performances at the International Festival of Spanish Keyboard Music in Spain, the Simón Bolívar Amphitheater and the Palacio de Bellas Artes in Mexico City, and the Bibliothèque de Dinan in France. In addition to numerous collaborations with ensembles, including the Tacoma Symphony, the Fort Collins Symphony, the Washington-Idaho Symphony, and the Baroque Chamber Orchestra of Colorado, she appears in frequent two-piano concerts as part of the duo she forms with pianist Ricardo de la Torre. The duo performed last summer in Vienna, Lisbon and Valencia. This year, Lark is performing frequently in Tacoma and Seattle, including concerts at the Second City Chamber Music Series, the Listen Live at Lunch series at the Tacoma First Lutheran Church, and at the Fremont Abbey Arts Center.

A Nationally Certified Teacher of Music and a Washington State Visiting Artist, Lark teaches at Pacific Lutheran University where she instructs applied lessons and accompanying, and coordinates the group keyboard program. Interested in scholarship, Dr. Powers is a frequent presenter at conferences and has presented on topics including pedagogical uses of keyboard harmony, using Baroque repertoire to foster student creativity, managing performance anxiety, and analysis of piano method books from around the world. This summer she will be performing at the Group Piano/Piano Pedagogy Forum at Oberlin as well as presenting at the WSMTA State Conference on the pedagogical works of Beethoven. She is a proponent of new music, and has recently given the Latin American premiere of Mark Janello’s Concerto for Two, as well as recording works by award-winning Thai composer Siraseth Pantura-Umporn with the Pan Pacific Ensemble which were released last fall on Albany records. 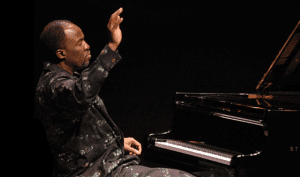 Session:  Expanding the Canon of Music

Description:  Exploring Music from Africa and its Diaspora

Dr. William Chapman Nyaho earned his degrees from St. Peter’s College, Oxford University, the Eastman School of Music and the University of Texas at Austin. He also studied at the Conservatoire de Musique de Genève, Switzerland.  He currently serves on the piano faculty at Pacific Lutheran University as well as on the summer faculty of Interlochen Center for the Arts.  He also has his private piano studio in Seattle, Washington and teaches students of all levels and ages.  His students have been prizewinners at competitions and have been well placed in universities and colleges.

Chapman Nyaho’s professional experience includes being a North Carolina Visiting Artist and Associate Professor of Music at the University of Louisiana at Lafayette where he held the Heymann Endowed Professorship and was the recipient of the Distinguished Professor Award.  He has served as Visiting Professor of Piano at Colby College, Maine, Artist-in-Residence at Willamette University, Oregon and piano professor at Adamant Music School, Vermont.

He is an active solo recitalist, duo pianist and chamber musician giving recitals and concerts in Europe, Africa, and the Caribbean and in cities across the United States where he advocates music by composers of African descent.  He actively serves as a regular guest clinician at colleges and universities around the United States. He is also adjudicator for several national and international piano competitions. He has served on national committees for the College Music Society, Music Teachers’ National Association and the National Endowment for the Arts.

As an advocate for music of Africa and its diaspora, Chapman Nyaho’s publications include a five-volume anthology Piano Music of Africa and the African Diaspora published by Oxford University Press. His recordings include Aaron Copland: Music for Two Pianos, Senku:Piano Music by Composers of African Descent and Asa: Piano Music by Composers of African Descent. His soon to be released new CD will comprise recordings of piano music from volumes 1 & 2 of his anthology. 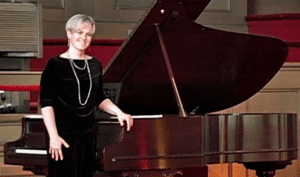 Session: From Analysis to Artistry

Description: Helping students to play with artistry and nuance by learning how to discover and organize compositional devices.

Known for her expressive and passionate performances, pianist Jensina Oliver has appeared as soloist and chamber musician in the United States, China, Canada, Costa Rica, Israel, and throughout Europe. Ms. Oliver earned her DMA at the University of Washington and has taught a wide variety of piano and music courses at Shoreline Community College since 1998. She currently resides with her family in Seattle, where she is a well-known performer, teacher, clinician, and adjudicator. A Nationally Certified Teacher of Music (NCTM), she has a thriving studio with students of all ages.